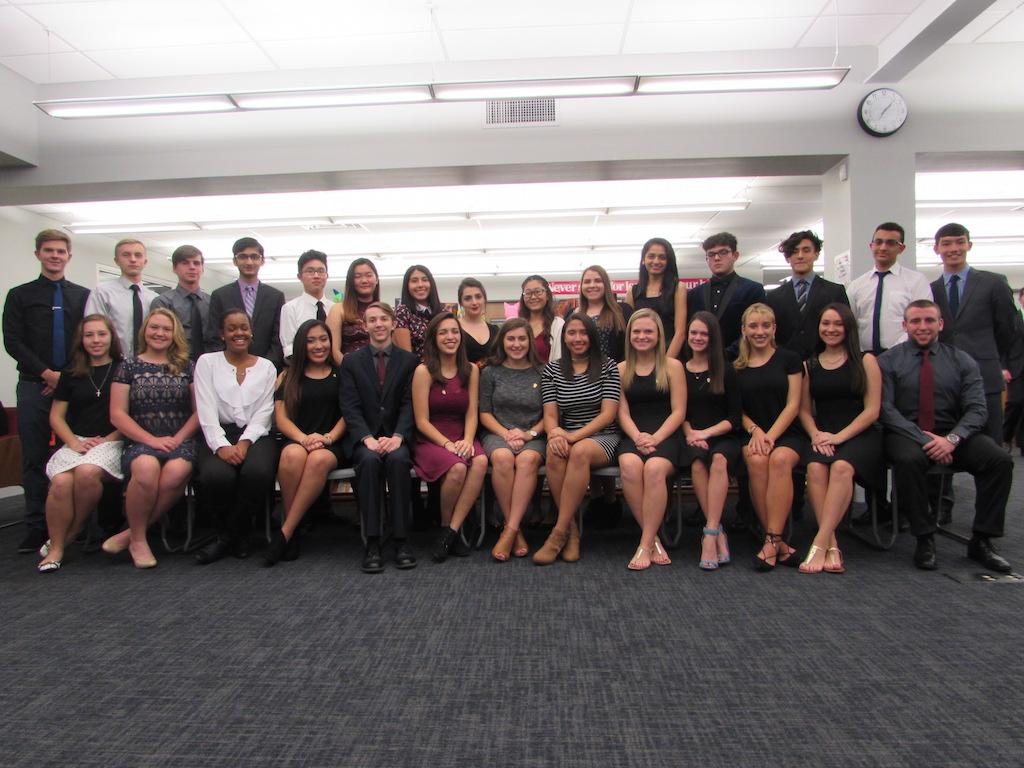 The Becton Regional High School administration awarded their high-achieving students for their consistent display of scholarship, leadership, service, and character on November 17 at an annual National Honor Society Induction Ceremony.

Being accepted into this honor society requires a student to have a minimum of a 93 grade point average and an involvement in at least two school activities each year. Furthermore, inductees must complete ten hours of community service throughout their time in the society.

At the candlelight ceremony, new members of the prestigious society were awarded a pin and a membership card. Past inductees were also gifted with a certificate.

“I am honored to be accepted into such a meaningful society,” stated Junior Tomasz Mierzwa.

English Instructor Mrs. Settembrino is the co-adviser of this program due to Art Teacher Mrs. Colangelo’s maternity leave. “It was an honor and pleasure to be a part of such a prestigious ceremony. I am so proud of all the members and their hard work and contributions to Becton and the East Rutherford/Carlstadt community,” she said.

“It is exciting to see the NHS inductees nearly double from last year to this year. I am honored as principal to have nearly twenty-five additional students inducted into the National Honor Society, which would be an approximate fifty percent increase. This also means that nearly 15% of our students earned one of the highest honors awarded to a high school student. The overall positive culture and climate change both inside and outside the classroom for the last couple of years is evidenced by the exponential increase in NHS inductees who must display the highest of scholarship, leadership, service and character,” said Dr. Sforza.