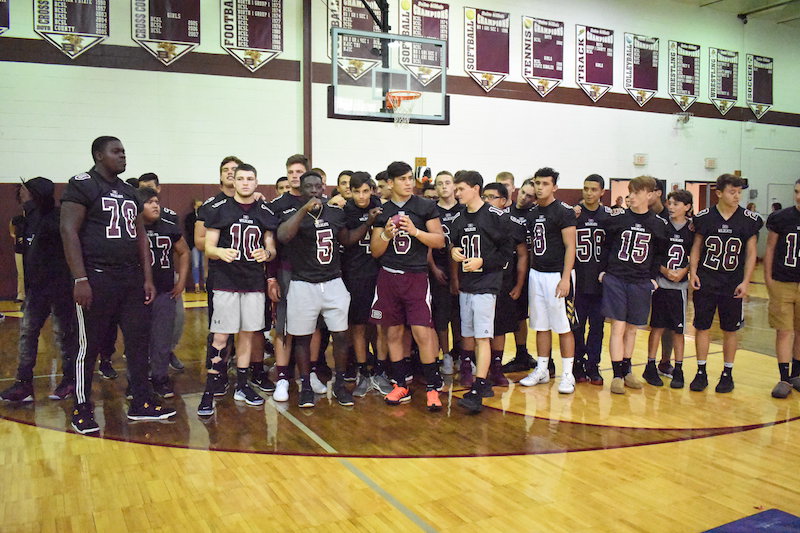 The Becton Football Team currently has a 1-1 record.

The 2017-2018 Becton Football season began on Sept. 8 with a win against Park Ridge. The boys took a victory of 28 to 7 against the Owls, and touchdowns were made by Senior Joseph Emerson, Senior Michael Bolwell and Junior Mehki Davis.

The team is lead by Head Coach John Maher, and the assistant coaches are Vincent Massimo, Gregory Barbo and Francis Rella.

“We all work together as one. We play together, win or lose. We’re always there for one another,” said Anthony Thomas.

“Our main goal this year is to make it to states. We want to show everyone what we’re capable of doing and hopefully win the ring,” Joseph Emerson added.

The next football game will be located at Riggin Field on Friday, September 22 at 7 p.m. against Wood-Ridge.

Along with the new football season, this year’s cheerleading squad had their first performance. English Teacher Mrs. Scalera is both the JV and Varsity cheerleading coach.

“We have a strong team this year,” Jana shared. “We’re one big family.”

Jana also mentioned that she is looking forward to all the amazing memories this season is going to bring.