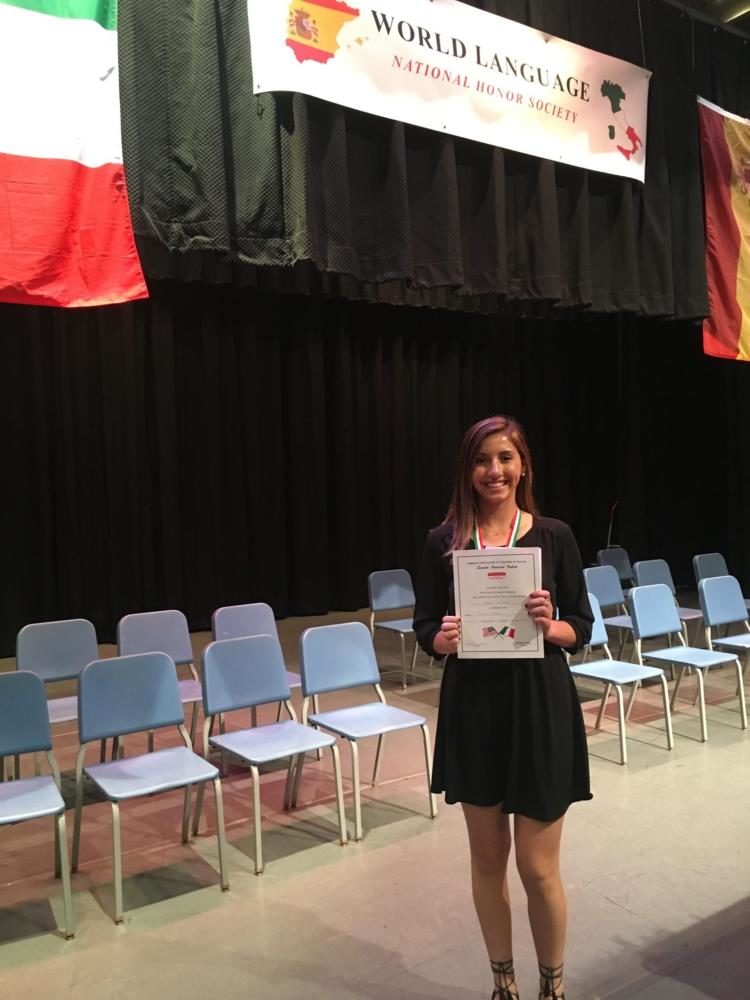 Junior Jana Christiano is inducted into the Italian Honor Society.

Student inductees enrolled in Becton’s Italian and Spanish classes along with their families were formally invited to the World Language Honor Society Induction Ceremony on May 24.

To be inducted into such a prestigious society, one needs at least a 90 average in a language course and a minimum of an 85 grade point average.  In addition, one also needs to be enrolled in a language class for two years with plans to continue studying another year of the language.

“My favorite part was seeing my students being rewarded for their hard work and receiving recognition for the study of their foreign language,” Italian Teacher Mrs. Bonanno said.

“I truly enjoyed seeing many of our Becton students going above and beyond in their foreign language studies,” said Spanish Instructor Ms. Sanchez.

Following, the inductees recited poems entitled L’Infinito and Excelsior in their respective languages, which was followed by an administration of the oath.

“The oaths have been the same every year; it has been a tradition we would like to keep the same throughout every ceremony,” said Mrs. Bonanno.

The ceremony then concluded with each student lighting a candle and receiving a certificate and a medal. Inductees and their families were then invited to a celebratory reception, which included an array of desserts and refreshments.