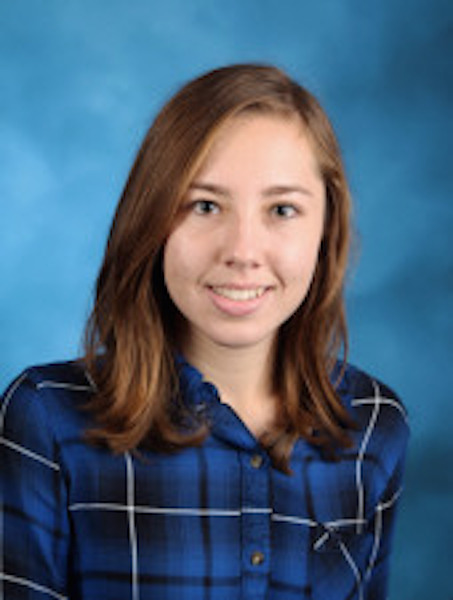 Senior Jennifer Mikulko has been honored with the title of April Student of the Month due to her involvement in school activities, sports, and rigorous courses.

During her four years at Becton, Jennifer has achieved a grade point average of 94 and is ranked twelfth in the senior class. The Student of the Month plans to major in electrical engineering, and although she is unsure of where she wants to attend college, she has been accepted into Rochester Institute of Technology, which is located in New York. After she completes college, the senior plans to work for NASA.

This past summer, Jennifer was honored the Award of Excellence from The National Academy of Future Scientists and Technologists. Aside from her interest in technology, the senior was given special recognition at the Teen Arts Festival in 2013 and 2015.

The Student of the Month is also a member of Becton’s Robotics Club, founded the Video Game Club, and is a Varsity Track and cross country athlete. Jennifer has also been inducted into the National Honor Society and The Society of Torch and Laurel, which is an honors organization that recognizes high achievers.

During her free time, Jennifer enjoys writing and traveling. “Think about others and what you can do for them” is her advice for other Becton students.