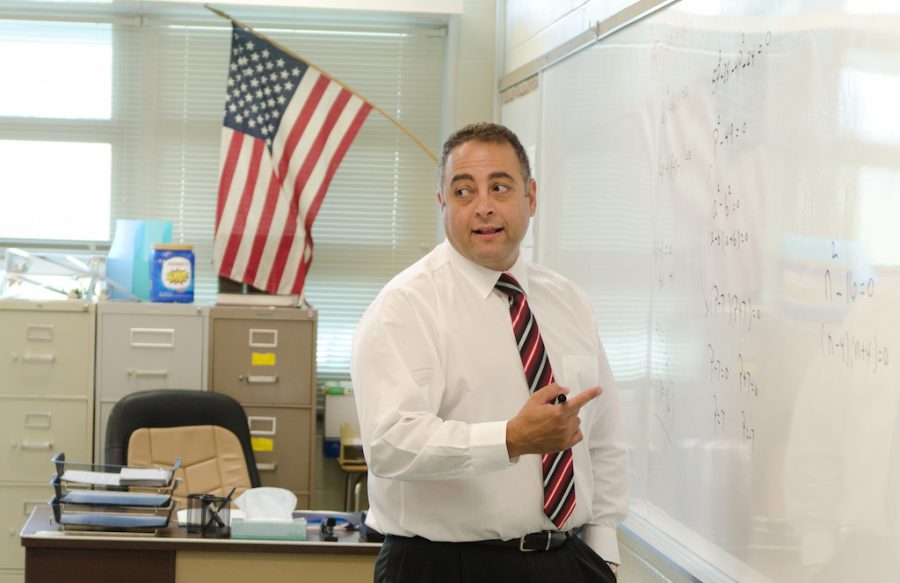 After receiving data on the outcome of students who took Advanced Placement exams last year, Superintendent of Schools Mrs. Louise Clarke has recently weighed in on the 2015-2016 Advanced Placement Exam scores. Before becoming superintendent, Mrs. Clarke taught AP Spanish for many years at Becton and is pleased with the number of AP courses that Becton Regional High School has now included in the high school curriculum.

“I was very pleased with this year’s scores in AP Statistics,” said Mrs. Clarke. “It was the first year that the course has been taught, and Mr. Sawyer had an excellent result.” She also complimented the continuous success of AP English taught by Mrs. Scalera, as well as Mr. Ryan’s first-year success teaching AP US History.

From the ten Becton students that took the AP Statistics Exam, seven students earned a score of a three or four. AP Statistics Instructor Mr. Sawyer said he was very successful last year and is excited to be teaching the course again. He is optimistic that this year’s students will do just as well, if not better.

Due to the practice tests that are given in class, the math teacher found that the students were exposed to the questions and as a result, became familiar with them. The challenges faced were those that include writing. He saw that the students knew the material, but were unable to explain their answers in the open-ended questions allowing them to only receive partial credit on some parts.

Overall, Mr. Sawyer is very proud of his students. Though he expected more, these were tremendous scores for the first year.

Moving on, Mr. Sawyer is not the only teacher pleased with his students’ performance. Mrs. Scalera’s AP English class left her students with an impressive 3.2 average on the AP Literature and Composition Exam. “I knew they would do well after a school year of preparing them for the exam,” she said.

The students who took the assessment, which measures their reading and writing skills, excelled in the free response section, but they seemed to struggle on poetry. Mrs. Scalera takes that into consideration when getting students ready for the long exam. She also has them continuously sit for practice tests so that they can get used to the length of time allotted the day of the test.

After teaching AP English for nearly seven years, Mrs. Scalera noted that the passages on the exam have gotten harder.

Furthermore, she said, “English Literature and Composition is the hardest AP test to take because you’re never sure of what literature or poetry students will have to read and analyze.”

Next, first time AP U.S. History Teacher Mr. Ryan was very happy with his students’ test results. “It was my first year teaching AP U.S. History and to have eighty percent pass the exam is a great feeling,” said the history teacher. “The students worked hard to prepare for the exam and also had to get used to a different style of teaching,” Mr. Ryan said.

“The fact that it is over 400 years of history to learn and we as teachers have no idea what will be tested and what essays and DBQs (data based questions) will be on the test, makes it challenging. Also, the College Board is constantly changing things, which makes teaching APUSH more difficult,” he added.

In recent years, new tests have been introduced to replace old ones, like in the case of AP Physics 1 and AP Physics C. AP Physics 1, formerly AP Physics B, replaced its predecessor and in turn, is viewed as being much harder.

For Becton students, there was an average score of 1.5 on the AP Physics 1 Exam; however, it is also important to keep in mind that overall, it is only the second year the test has been administered. Therefore, the exam average across the nation is rather low.

In AP Physics C, the average score was a three. Some strengths and weaknesses, Mr. Cantatore, a Becton physics teacher for 12 years, noticed was mostly in the style of the questions themselves. The students know the material and are able to apply classwork material and lab exercises to the questions, but interpreting some of the short-answer and open-ended questions proved difficult.

“The most challenging part of the test would be the wording and multi-step questions. Students see the first step and assume they can’t do it,” explained Mr. Cantatore.

Last but certainly not least, there was one AP Biology student who participated in AP testing, and this student scored a three. Biology Teacher Mr. DiDomenico said that he is neither proud nor upset at the student’s score. He feels that he does not earn the scores and that his students do; however, he does work hard to give them everything they need to be successful.

“I get emails all the time from former students who tell me they wish they tried harder because everything that we did in AP Biology and AP Chemistry is exactly what they are learning during their freshman year of college.   It is one of the few times I am not satisfied with being correct,” he said.

He feels that motivation, confidence and persistence are the problems lately. “Many students won’t even take the test because they’re afraid of what’s on it. Also, students don’t like the idea of having to learn some of the content on their own, so content coverage is an issue at this time. Furthermore, there are many challenging aspects to the AP Biology Exam and it’s extremely difficult to predict what material will be tested,” he added.