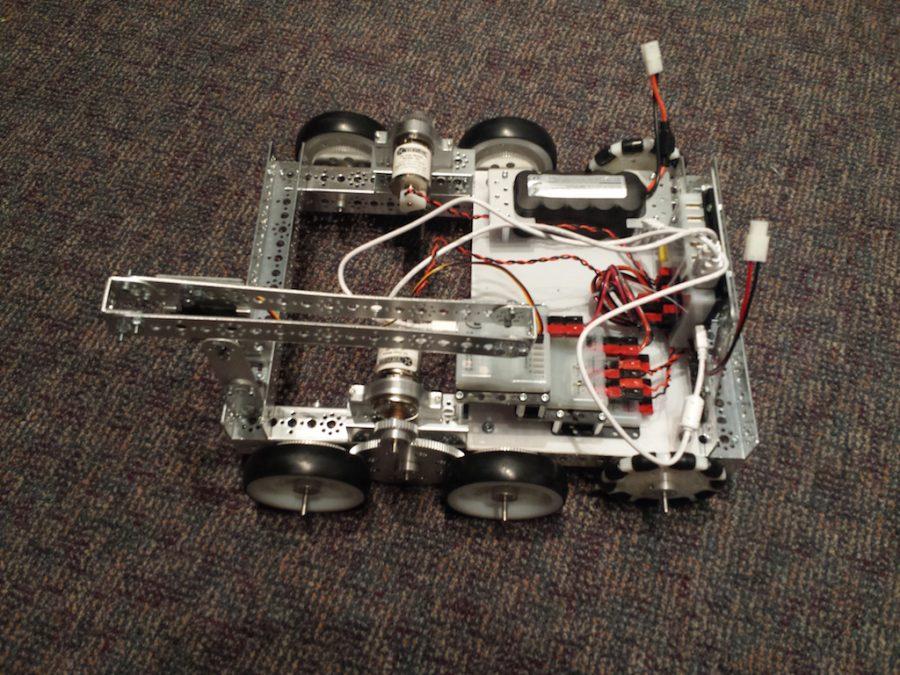 A student-designed robot was introduced at the September meeting.

Due to an ongoing interest from Becton students, Science Teacher Mrs.Mackanin and Math and Science Department Chairperson Mr. Sawyer are bringing back the Robotics Club for the third consecutive year.

This past September, the club adviser, Mrs. Mackanin, held the first informational meeting and 20 motivated students attended to eagerly become members of the computer science-based club. 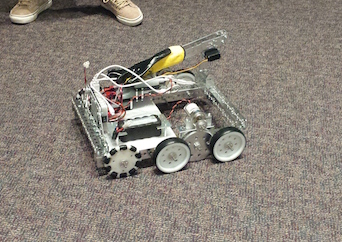 At the meeting, Mrs. Mackanin spoke about how they will be competing at a high school level and informed them that the first tournament will take place this November. She also noted that initially, members will be given a kit for the robot they are going to build, and subsequently, they will be participating in group challenges where they will try to program a robot to successfully complete a task. At the same time, students will be learning the latest trends in robotics and background information on how robots are built and controlled.

The biggest robot Becton students will be making this year will be 18 inches.

All members are also expected to volunteer to help out at the middle school level.

The supplies and funds for the club will be provided by a grant through Pascack Valley High School because the Becton Robotics Club will be partnering with them. “After the grant is finished, the club members will be performing fundraisers,” said Mrs. Mackanin.