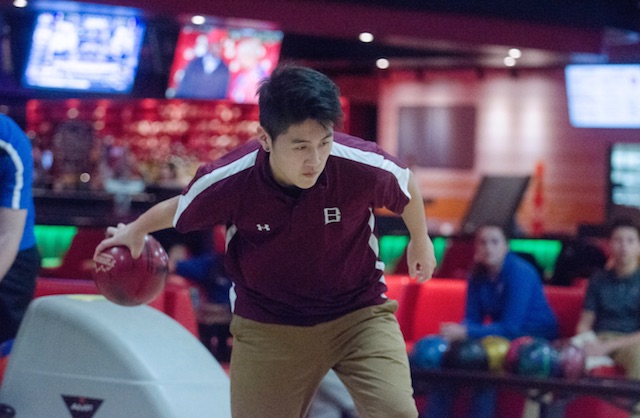 Another successful bowling season has begun at Becton with History Teacher Mr. Caprio as the coach and 12-14 solid team members.

Once can find the team practicing at Wallington Lanes for about three weeks before the season starts.  Mr. Caprio said,  “About 25 to 30 students try out for the team and twelve to fourteen make it.”

Bowling is a winter sport, and the team competes from mid-November until mid-February. Sophomore Seamus Cahill, along with others, said they tried out because “my friends did, and I need something to do in the winter.”

The group of bowlers usually average about 715 points per game, and Mr. Caprio is confident that the team will do well this year. “We have a solid core of returning bowlers back, and we have Freshman Trevor Deliantis who averaged over a 180 during tryouts.” One bowler averaging that high as a freshman is a sure sign of success for the team.

Mr. Caprio has been coaching bowling for 14 of the 17 years he has been at Becton. During his 17 years, he has coached several sports, which include football, cross-country, baseball, track and tennis.