Recent discoveries leave many wondering if there is life on Mars 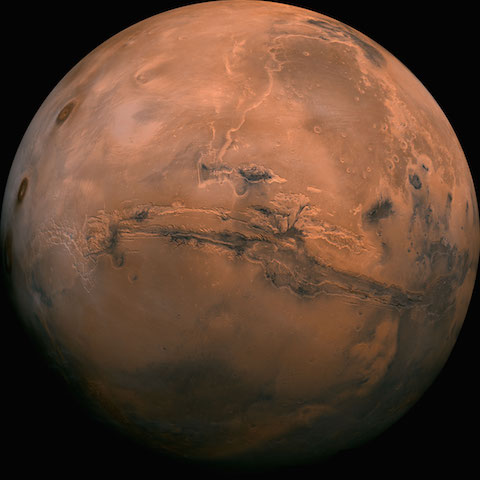 With the confirmation of water on the surface of Mars, the topic has stirred up some different reactions. The liquid water there is more than likely poisonous and salty, but the surroundings still contain the 5 major elements to support some form of life- oxygen, nitrogen, phosphorus, hydrogen, and carbon.

“Water is what you need for life, but the water there is not safe,” said Mr. DiDomenico.

The traces of non-flowing water found on the rusty planet were recently located in four regions of craters and mountaintops. Researchers and scientists were able to determine surefire signs of hydrated salt in the form of streaks running down the region. This discovery gave them the assumption that there is not only frozen water on the peak of tall mountains, but also flowing salt water.

Further exploration of the planet will take place over the next couple decades. NASA plans to launch another rover in 2020 and a Dutch non-profit organization wants to send four people in 2026. When asked if they would take a trip to Mars, Science Teacher Mr. D’Alia stated that he would, but it would take a long time to get there and back, and he would miss his students. As for Science Teacher Mrs. Mackanin, she would not go normally but would be tempted if she was missioned to go.

Seeing that NASA and a Dutch organization already have their calendars set for missions, Mrs. Mackanin and Mr. DiDominico both agreed that another space race against Russia probably would not happen due to the lack of priority. Russia would not ignore the fact that there will be missions to Mars, but they more than likely would not compete. In addition, Mr. D’Alia said, “I’m not sure. Only if there are economical or military advantages, there is no reason.”

Until further research can be done, it will be very difficult, if not impossible, to send anything to Mars. Whether it would be to collect rocks or take pictures, any contaminants could disturb even the tiniest of things.