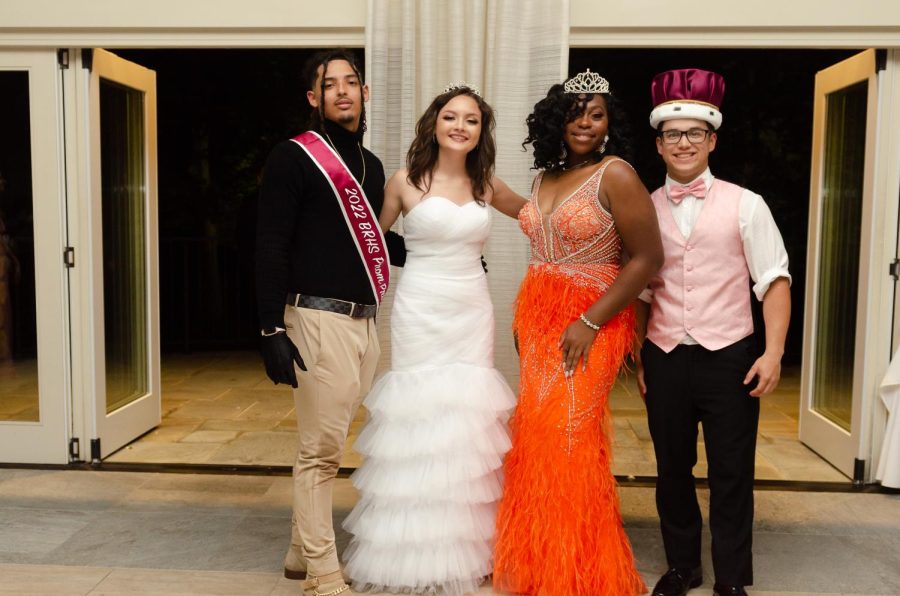 June 2nd marks this year’s Prom for Becton Regional High School’s upperclassmen. The Juniors and Seniors started their Tangled-themed night at The Lake House at The Indian Trail Club in Franklin Lakes, NJ and spent the night dancing away. Later during the evening, this year’s Prom Court was crowned and consisted of Princess Segall Sanchez, Prince Jeremy Molina, Queen Skylar Moorman, and King Giancarlo Quesada!

Princess Sanchez shares that she was not expecting to win, but did consider “how cool it would” be if she won right before her name was called. She was told by multiple people throughout the night that her dress looked similar to a wedding dress, which Sanchez believes made her stand out during voting! Her favorite moments from Prom were taking pictures with her friends, being by the lake during sunset, dancing, as well as the “delicious” vegan option that were available for dinner. Sanchez includes advice for current and future underclassmen, emphasizing “to look forward to prom and have as much fun as possible, not just at prom, but throughout high school.”

Prince Molina was also not expecting to win, but still feels grateful to be chosen and is sure that he is “going to be king next year!” He shares that he feels he was chosen as Prom Prince due to his respectful, caring, and helping nature, along with his fashion sense. Molina advises underclassmen to not let others tell them who they are, and that they “are capable of anything if they put their mind to it. Anything is possible as long as you work for it, believe in yourself and don’t let anyone decide your fate.”

Prom Queen Moorman feels that although she looked confident in winning this nomination on the outside, she was definitely taken by surprise. She imagines that her open charisma, dancing all night long, and her dress and appearance secured her spot as Prom Queen. Moorman especially enjoyed dancing and engaging with everyone around her, and shares that “once I know the people who appreciate my time and being, interacting with them was a genuine delight.” Her parting advice to freshmen and sophomores is to simply be themselves. She explains, “This is the time to show who you really are, if you’re different, be different. If you’re not meant to fit in, don’t try. Authenticity is the true beauty.”

Last but not least, Quesada was voted as this year’s Prom King. He explains that he did not expect to win Prom King at all and the idea had not even crossed his mind. Quesada truly does not know what resulted in his nomination, as the “class of 2022 has very outstanding and talented people.” However, he feels it is mainly because of his involvement with the school and the impact he has as an intern, and shares “I am just truly still amazed and speechless on how I even received this royalty and will truly be eternally grateful for it all.” Quesada explains that the “night felt like it was endless because of how energetic it was on the dance floor” and he enjoyed being with his friends the most. He also liked the beautiful scenery of the Franklin Lakes. As a farewell message, Quesada encourages underclassmen to “take advantage of fun opportunities or any life-changing opportunity” and to partake in as many clubs and activities as possible to make the most out of their high school experience!

Congratulations again to Sanchez, Molina, Moorman, and Quesada for being crowned this year’s Prom Court! A special thank you so the Junior Class Prom Co-Advisors, Ms. Polmann and Ms. O’Driscoll for organizing the Prom as well as Dr. Sforza, Mr. Bononno, Mrs. Colangelo, Ms. Sass, and all chaperones for their endless support and making this night possible!