Black History Month: The History and Why it Should Be Celebrated 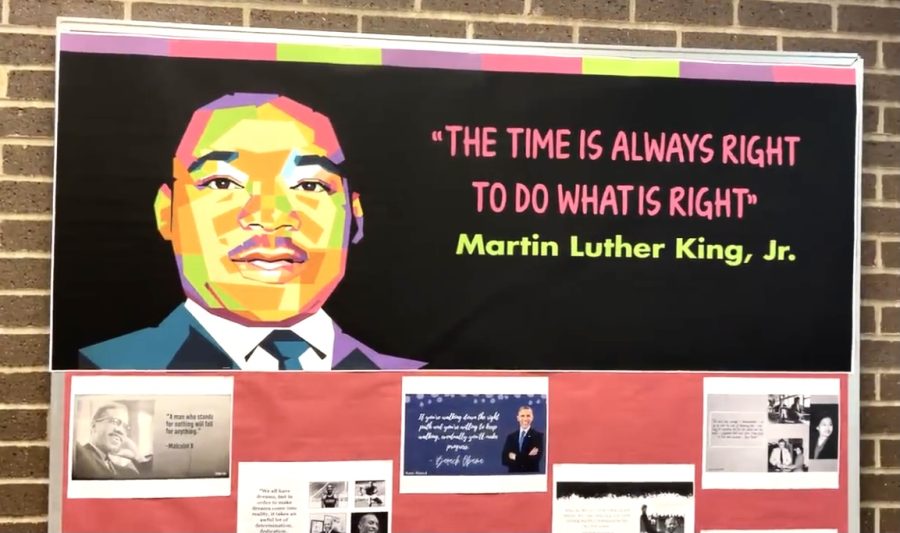 Black History Month is a celebration in which the United States honors and celebrates all of the contributions that African Americans have made to the world. We commemorate their heritage, great adversities, and their ongoing success in our country. This commemoration begins in the month of February to March. Not many are aware of the history of Black History Month. It is people’s duty to do their best in informing others and researching about the past to work towards a better future. Before Black History Month was established, it was only known as Black History Week.

On February 7, 1926,  Carter G. Woodson, a local historian from Virginia and the President of the Association for the Study of African American Life and History (ASALH) initiated the celebration. “Woodson’s goal from the very beginning was to make the celebration of Black history in the field of history a ‘serious area of study,”’ said Albert Broussard, a Professor of Afro-American history at Texas A&M University.

Woodson’s concept was quickly accepted and by the late 1960s, it evolved into a month-long observance. The month of February was chosen because the second week coincides with President Abraham Lincoln’s birthday and Frederick Douglass’s birthday. Both Lincoln and Douglass were monumental figures in American History. Lincoln was influential in the Emancipation of Slavery and Douglass was a prominent leader in the abolition movement. This event also has ties with the Civil Rights Movement, which began in 1954. Figures such as Rosa Parks, and Dr. Martin Luther King Jr, fought to advocate for Civil Rights in the Black Community. This was a serious issue that took the nation up by storm. The Civil Rights Movement ended in 1968. In 1976, President General Ford officially recognized this event as an annual commemoration. Forty years after President Ford recognized Black History Month, our nation’s first Black President, Barack Obama, delivered his own message from the White House.

Throughout history, there have been many influential people that have came and gone. The legacy of those who helped in advocating for equality, were able to transcend not only time but our hearts. Mr. Gbaguidi, Becton’s Supervisor of Technology & Innovation, was able to share some of his favorite historical figures. “Dr. Martin Luther King for his courage and his tactics in using peaceful protests. Nelson Mandela for humility and the power of forgiveness and reconciliation.” Having role models and leaders to look up to, you are able to show the true vision of the future and the hope that lives in us. In the same regard through the words of history teacher, Mr. Ryan, “Maya Angelou, Barack Obama and Michelle Obama are some other influential people who have assisted in the black rights movement. All these people were able to connect through different forms of art and communication!” During this time, it is crucial to bring awareness to the figures who were able to work feverishly in order to help the future generations to come.

To continue, Gbaguidi, was happy to share what Black History Month means to him and the way he celebrates this event. When asked about the significance of black history, he responded with, “The diversity, richness and multicultural facet of black people makes it nearly impossible to talk about black history as a whole. It is therefore important during Black History Month to celebrate the humanity of Black people and to show our pride, our diversity and our culture to others through our achievements.” At the moment, Gbaguid has showed an interest in attending cultural events, and showcases the diversity and magnificence of African culture. Celebrating Black History Month involves showing consideration and respect for other backgrounds, cultures, ethnicities, and genders. Gbaguidi indicates, “The black population of the United States is diverse through its widely varying histories; many are descendants of slaves, while others are immigrants from all over, but mostly from Africa. African Americans also have nuanced ethnic and racial identities often reflected in their diverse backgrounds.” The free range of culture in America was part of Dr. Martin Luther King’s dream.

There are many ways that, as a society, we can strive to support the black community. Some of the best ways to contribute to helping out are buying at black-owned businesses, supporting movements, and advocating for equality. There are many local businesses that have promoted their brand to get foot traffic. Some places to check out include Reddz Grill and Bistro, Caribbean Delicacies, Chantel’s Beauty Talk!, Flavorful4u, are the most popular black-owned businesses near Becton. By supporting small businesses, people are able to help families and the community who have overcome the adversity of being a person of color in the business world.

Moreover, representation is a way that people are able to connect and visualize a step in the right direction. Ryan expresses his goals and ideas in moving forward with Black History, “As the times begin to change, I have hope we will see the stigma disappearing. We will see a more blended society. It has not been so long ago since Black History was established and we can already see the positive impact that it had. Hopefully, we will be able to see this type of reaction with other cultures and backgrounds in the future.” Black History Month shows the growth that was able to occur in this nation. Everyone has their own sets of challenges and struggles in the world, but in order for growth to occur, people need to put them aside and learn to appreciate everyone for what they can offer. Therefore, Black History Month is about commemorating the strength of African Americans and the unity of America.