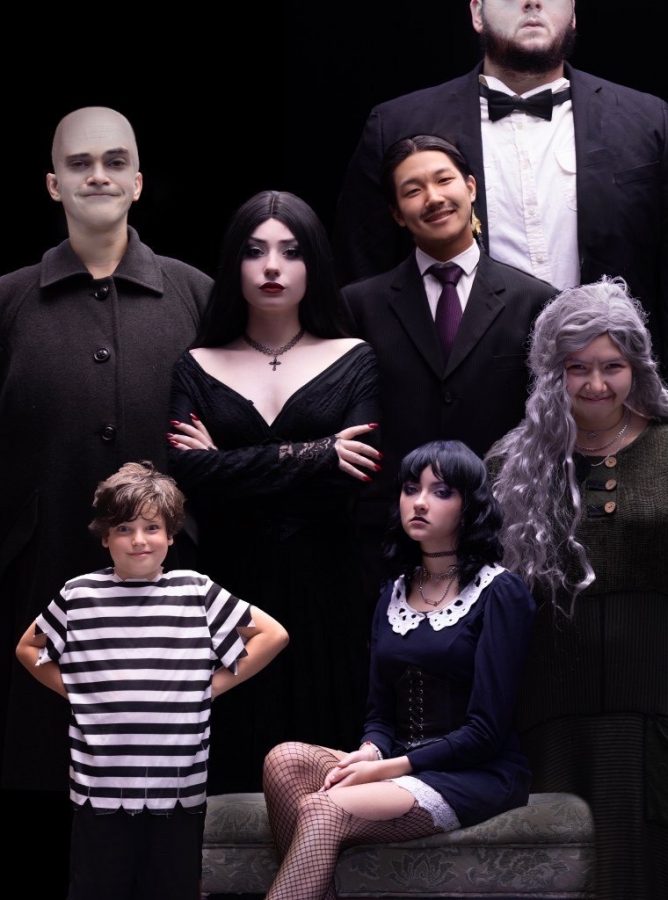 The weekend of October 29th, The Becton Performing Arts Theater put on the spooky production of The Addams Family! The musical comedy was directed by Rebecca Cruz and Michelle Morrell, choreographed by Ashlee Tancredi, and musically directed by Thomas Sansone. The musical was focused on the story line of Lucas Beineke and Wednesday Addams having dinner at the Addams mansion with their parents to tell them of their engagement. From spouses keeping secrets, to avoiding death to people discovering their identity– the production had its share of moral messages the crowd could definitely walk away with!

From the minute the curtain opens, the audience is rushed into the world of the Addams! The play begins with the iconic introduction song of the Addams family and gets the audience accustomed to the characters themselves. The fine details of the costumes and makeup were perfect for each character and truly highlighted the idea of who each member of the cast was portraying while also shining light on themselves as talented actors and actresses. As many people who have seen the original Addams family are aware, the character’s diverse personalities and outfits display their true colors. In this production, every cast member, song, makeup look, and style brought the play to life…..even if the Addams family is obsessed with death…..sorry Morticia!

The main characters were phenomenally played by various Becton students and even outside personas from the Spotlight Playhouse! Ewan Lee stared as Gomez, Morticia was played by Nico Schumacher, Pugsley was executed by Sterling Schumacher, Wednesday by Morgan Carter, Lucas by Peter Schumann, Alice by Monica Rodriguez, Mal by Daniel D’Errico, Fester by Joral Williams, Grandma by Anastasia Georgas, and lastly Lurch by Erol Yilmaz! The ancestors were played by various actors and did an extraordinary job keeping the show afloat! They were portrayed by Sophia Diaz, Giuliana Riccobono, Gina Sanders, Samantha Christiano, Jassie Matari, Tyler Trozinger, and many more talented individuals! The actors truly embodied this production with their voices and their acting skills as if they became one with their characters.

The musical bloomed with diverting and intense song moments! Morticia singing about death being just around the corner, to Lucas and Wednesday singing “Crazier Than You” while shooting a bow and arrow while blindfolded, to “Tango De Amor” a sensual tango between Gomez and Morticia added many sides to this dynamic production. Each song and dance brought you further into the inner works of the Addams family to blend the perfect brew for the Halloween season! 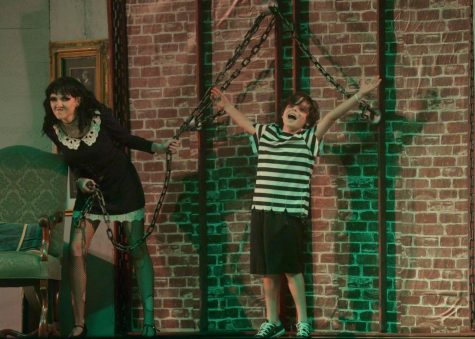 Lucas Beineke, played by Peter Schumann, shared his overall experience with the bone-chilling show. He reported “…putting the show together was quite a fun time! This had been my third show with Becton so I knew the drill and how rehearsals were run. We did singing and choreography days, and other days working on acting. Then, we gradually started putting it all together into the marvelous show!” From the music to the dances, everything was in remarkable placement and made the show fascinating to watch. Schumann played a love-struck young man and when asked why he chose that particular role he explained that it was “his character as a whole. I know everyone wants to be on stage all of the time, but last year’s musical was a marathon. We were onstage the whole time. We had to stand in a line, dance, act, sing, and never leave the stage. This character does not appear until about 25 min into the show, so it is good to have some time before to get all my jitters out before I enter the stage.” He continues to unfold that, “he is a really fun character to play. He is just so in love with Wednesday. They go through the ups and downs of relationships through the show…” Schumann’s commitment and dedication to his character truly added to the show’s success!

Since the play was being performed the weekend of Halloween, Becton decided to add some more flavor by granting the option to the guests of dressing up in their Halloween costumes! Having the audience being involved in the production on the other side of the stage certainly completed the spine-tingling atmosphere! The dedication the crew and actors placed into the show was clearly evident not just by the intricate details of the musical itself, but also from the admiration and applause from the in-spirit audience. 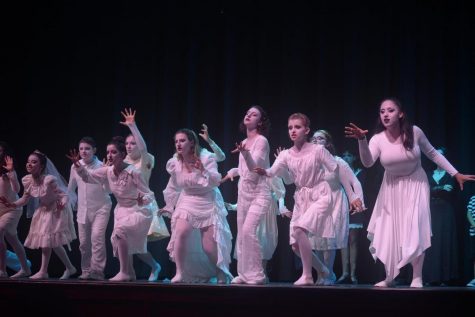 Rebecca Cruz, the main director for the Addam’s Family, had co-directed for Becton many times beforehand, and run’s the Spotlight Playhouse. When questioned about her experience directing the production, Cruz expressed, “Directing the Addams Family has been the pinnacle of my career thus far. From auditions to opening night, the run time was the shortest we have ever accomplished, but the largest turnout we have ever seen. The short run time of 7 weeks made us question if our performers were ready for the commitment, with football, tennis, debate, and other sporting events also in the heat of its seasons, though I couldn’t be more proud of the cast and crew for pulling it together and performing as a professional troupe of actors.” Cruz and her mother, Michele Morell, are the heart and soul of the Becton theater program and have truly stitched every piece together of each production. It can be seen from the audience that the love and dedication these two women have was brought into the actors and how they turned the program into a family. Cruz’s passion for arts does not end there, she also offers study/improv after-school, taking place in the PAC on Tuesdays at 3 p.m. for any new aspiring actors!

There were two acts of this brilliant musical, ten scenes in the first one and seven in the second. Each scene had its comedic features from family members attempting to kill one another, to sweet moments of the character Fester confessing his feelings of love for the moon, and finally, the happy couple reuniting together through their struggle and falling further in love. The Addams family made you scream with laughter and feel emotions never felt before for the characters on stage. It was a beautiful performance by the actors and we all are looking forward to seeing their future productions, including the Becton Holiday Spectacular is taking place on Dec. 18! Set the date to support the relentlessly talented Becton theater, band, and show choir!