In a year of uncertainty, Becton Wildcats Score a Perfect Season. 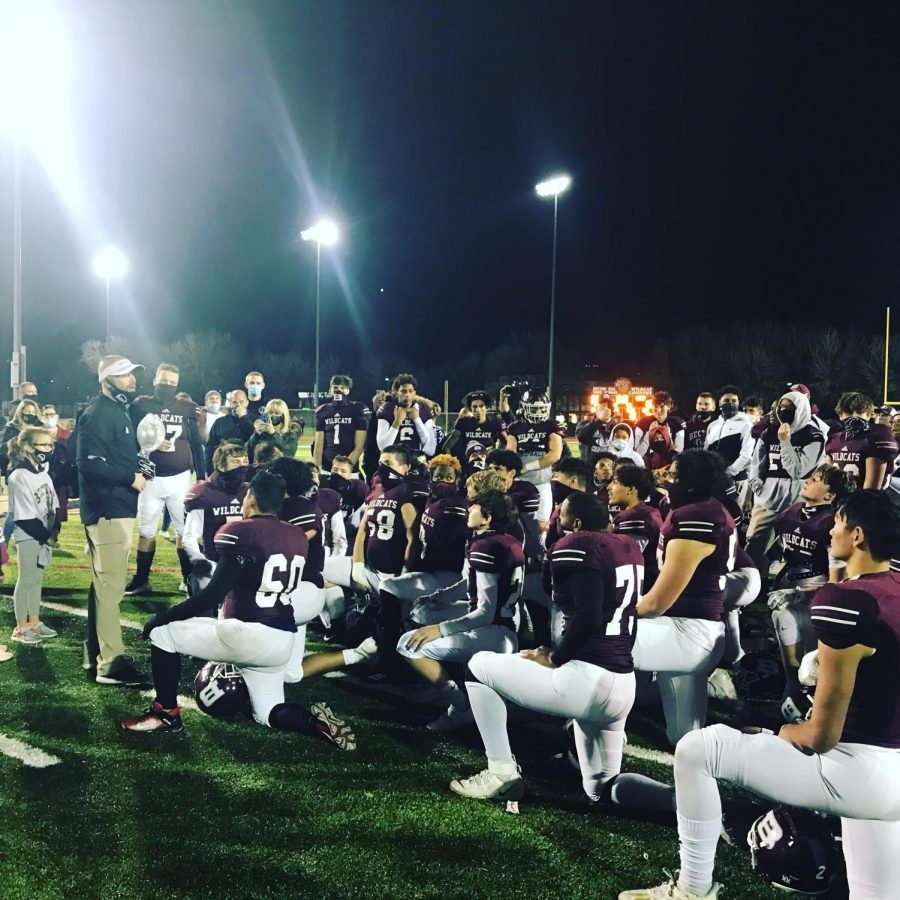 The 2020-2021 Becton Wildcats are NJIC Football Champions after a perfect season.

6-0. In football, statistics aren’t everything but they tell a story. 6-0 tells a story of teamwork, commitment, and an undefeated spirit. During a difficult year, Becton Wildcat football has brought the community together. Lovingly called the “Killer B” defense by their fans, the team has had an unbreakable season leading up to tonight’s NJIC title game and had yet to give up a single point. Tonight was Becton’s first appearance at the NJIC final game. Through the strength of their bond and unwavering commitment to the sport, they defeated the Waldwick/Midland Park Warriors to take home the title.

Becton went into this game with five straight shut-outs, the first in the school’s history. They had four straight shut-outs in 1984, 1994, and 2001. Their 5th shut-out, this season, was a 21-0 win over Park Ridge, a team that had not been shut-out since Becton did it previously in 2016, coincidentally, the last time the Wildcats made it into the final four of this tournament.

The accomplishments of the Wildcats this season have not gone unnoticed. Senior Quarterback Joseph Crifasi was named NJ football player of the week, fellow senior, WR Ryan Reid was recently named NJIC athlete of the week and cornerback Marcus Duran was honored by his peers with the title of homecoming king. What sets this team apart is a camaraderie on and off the field.

Before the game, the Cat’s Eye View had a chance to speak with the players about their historic season. Duran, a senior, explained that “football this year isn’t the same, the number of people attending the games are lower and having to wear a mask during practice is difficult.” He also shared his best memory from the season, the Hasbrouck Heights game, explaining, “we were playing for more than the league championship, we were playing for our head coach’s brother who had recently passed”. Head Coach, Jack Maher, lost his brother, Mike, on October 24th.

Duran’s sentiment sums up what sets this team apart, they are a family. There is no selfishness during practice or on game night, they work together for the good of the team. Senior running back Cencir Bacote shared the hope that they come out “undefeated” and, regardless of what happens, are “happy about how the season ends”. He certainly got his wish, tonight. Bacote also discussed how the Covid-19 pandemic has impacted the season, “we are taking safety precautions to make sure everyone is safe, but it’s not stopping us from becoming a championship team”.

Junior Ewan Lee also shared some thoughts on the pandemic, “everything is mostly the same, the only major difference is that there is more spread on the sidelines and wearing masks during practice.” Lee believed the biggest challenge this season was getting better after each game, “pushing other teammates to be better and making sure everyone is in shape.”

Volunteer and P.E. teacher Michael Settembrino says, the previous games were “a blow out”, “leaving [the other] teams unable to score on them”. He was excited to see them “keep pushing through” and committed, regardless of the restrictions put in place by Covid-19. Even after a season of wins, this team refused to be complacent, leading to their final win against Waldwick/Midland Park.

Introduced as the “undefeated”, “unscored upon” Wildcats football team, the energy in the stadium was palpable. The Wildcats won the coin toss and started with the ball. The momentum was well worth it, as the opening play of the game ended with a touchdown by Duran. Soon after, Bacote returned a punt 36 yards to score another touchdown. Reid scored an additional touchdown to end the 1st quarter of tonight’s championship game, 21-0.

Later in the second quarter, the Wildcats caused a fumble at the end zone, preventing the Warriors from scoring.

In an exciting moment, Duran completed an interception in the 3rd quarter, bringing the ball within the 10-yard line. Another touchdown shortly followed and an extra point. The Warriors finally scored in the 3rd quarter, ending Becton’s season of shut-outs. After an incomplete pass, the Wildcats were shaken and certainly disappointed, but they quickly recovered when Crifasi threw a 62-yard pass to earn another touchdown. 3rd quarter ended 35-6.

Mere minutes into the fourth quarter, the Wildcats scored but missed the kick. The Warriors scored again, but with only 5 minutes left, the Wildcats were fighting as hard as they were during that first play and the Warriors couldn’t recover. With the last Warrior pass intercepted by Duran, the final score was 41-12.

The Warrior’s fans rigorously cheered on their team from the bleachers, but this was clearly the Wildcat’s game.

Surrounded by classmates, teachers, faculty, and family, the Wildcats brought home one last win. After tonight’s game, the Becton stands were beaming with pride as the loudspeaker played Queen’s “We Are the Champions”.

6-0. An undefeated season. A perfect season. In a year of change and loss, perfect is something the Becton Wildcat family needed, and their football coaches and players certainly delivered.