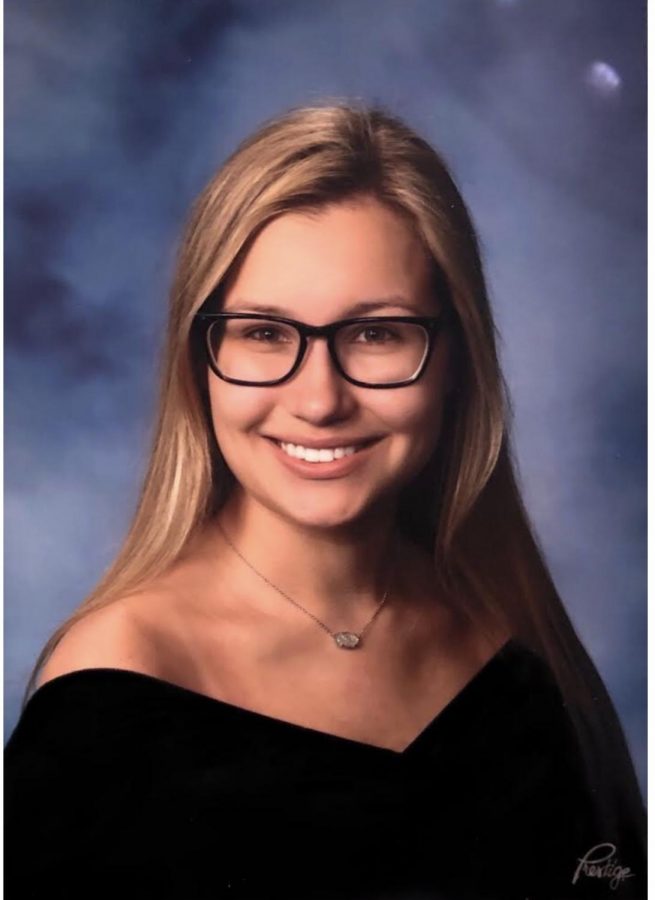 With college quickly approaching for the upperclassmen at Becton, Senior Jenny Marcinkowski has been making sure to dominate her extracurriculars this month. The senior recently won the VFW Voice of Democracy Essay Contest, as well as the award for Best Judge at the Debate Team’s meet in Becton on the 10th. Cat’s Eye View decided to sit down with Jenny to discuss her recent successes.

CEV: How did you hear about the VFW essay contest?
Marcinkowski: “Mrs. Gatto told us about it in her public speaking class, but it was opened to anyone who lived in Carlstadt.”

CEV: What was the topic of your essay and what inspired you to write about this idea?
Marcinkowski: “Every year, the VFW contest comes with a prompt, and this year’s was ‘What makes America great?’ In my speech, I discussed how our country’s opportunities, freedom, and equality allow us to be a melting pot of different cultures and ethnicities.”

CEV: So, what does that essay mean to you? How does it reflect who you are?
Marcinkowski: “Well, to me, it shows how the United States really allows anyone to have a fresh start and make their own American Dream with as few obstacles as possible, or at least strive to.”

CEV: How did winning this contest prepare you for college?
Marcinkowski: “No matter how much money I won, I think it was $500 for winning out of everyone in the school, either way, it helps a lot with paying for books and supplies, especially when they are so expensive.”

CEV: Now switching over to debate, how did the panel go about choosing the best judge?
Marcinkowski: “As they get in new ballots that were scored, they look for certain characteristics from the judges. Ms. Sass[Debate Assistant and Teaching Aide] said they look for the types of comments I make, how I look for the good and bad within the debaters’ speeches.”

CEV: How long have you been a judge for Becton?
Marcinkowski: “I’ve been judging since the beginning of junior year, but I’ve been a timekeeper since sophomore year.”

CEV: What do you take away from being on the debate team?
Marcinkowski: “I am always impressed hearing kids who are passionate and speak eloquently about specific important topics. It’s so interesting to see young people being so educated about issues that do not usually pertain to high school students, and sometimes they have to come up with things on the spot. They don’t get enough credit for the amount of knowledge they have to hold.”