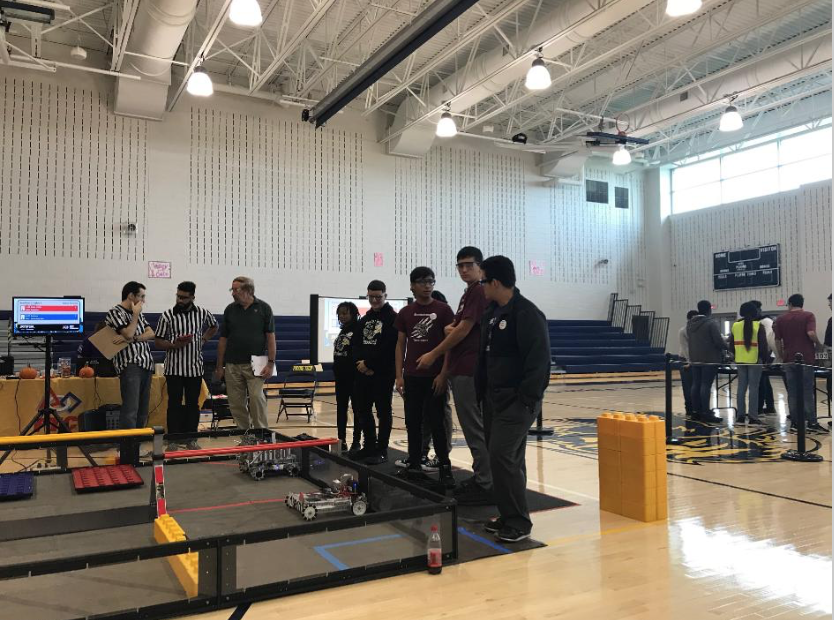 Senior Dylan Valenzuela has been chosen for a January student spotlight due to his dedication to the Becton’s robotics team. Dylan has been a member of the team for the last two years and has held the position of team leader, President, and head of engineering. “As a team leader, I am given the responsibility to work together with my team to achieve success. Being a team leader takes a lot of dedication, perseverance, and understanding of how a team should operate,” said the senior. 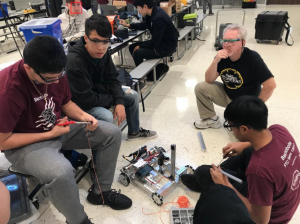 E. MackaninValenzuela and teammates work on their robot.

One of his duties as a team leader is to schedule meetings and list goals that the team wants completed by the end of the meeting. As head of engineering, he helps his engineers build the robot used in competitions. “To me, leading a team is not about being in charge. It’s about being a mentor to others and trying to [move] toward a path of success through physical and mental obstacles,” said Valenzuela.
The hardest obstacle Dylan had to overcome for the team was repairing a non-working robot for a competition. Mrs. Mackanin expresses Dylan’s level of dedication, “He will be most remembered for his sacrifice of almost 6 hours on a Saturday afternoon to fix a non-working robot by himself so that we could compete in our competition the next day…He has been a truly dedicated, strong and caring leader. We will miss him when he graduates”. Dylan returns the appreciation to his advisor and Chemistry teacher, Mrs. Mackanin, for her countless hours spent working with the team and her unconditional support. “I wish only the best of luck to the next leader and to the team as a whole. Remember what Mrs. Mack told us, ‘There are no problems, only solutions,’” said the team leader.
Furthermore, Dylan would like the future leaders of the robotics team to continue to keep the group strong. “Over my past four years at Becton, I have always wanted the best of the robotics club and strived towards the growth of members each year,” said the senior. Dylan added that with Becton becoming a more technologically-advanced high school and the team competing in national robotics competitions, he hopes to see more success and improvements within the teams. 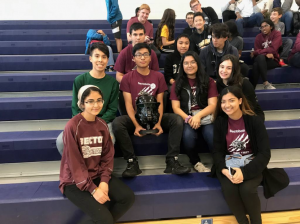 E. Mackanin The Becton Robotics team is proud of their accomplishments.

Moreover, Dylan finds that the most rewarding aspect of robotics is representing the school and working hard as a team to achieve success. After the “BectoBots” received some success in the competitions they competed in last year, they focused on becoming a better team that can go against other elite schools in the “FIRST Robotics Competition”. Dylan Valenzuela has made a significant impact on Becton robotics, that will be felt long after he graduates, but the team has affected him as well, “Being in robotics taught me how to be a leader, how to overcome obstacles, and especially how it feels like to be part of a team and work together to achieve something big.”