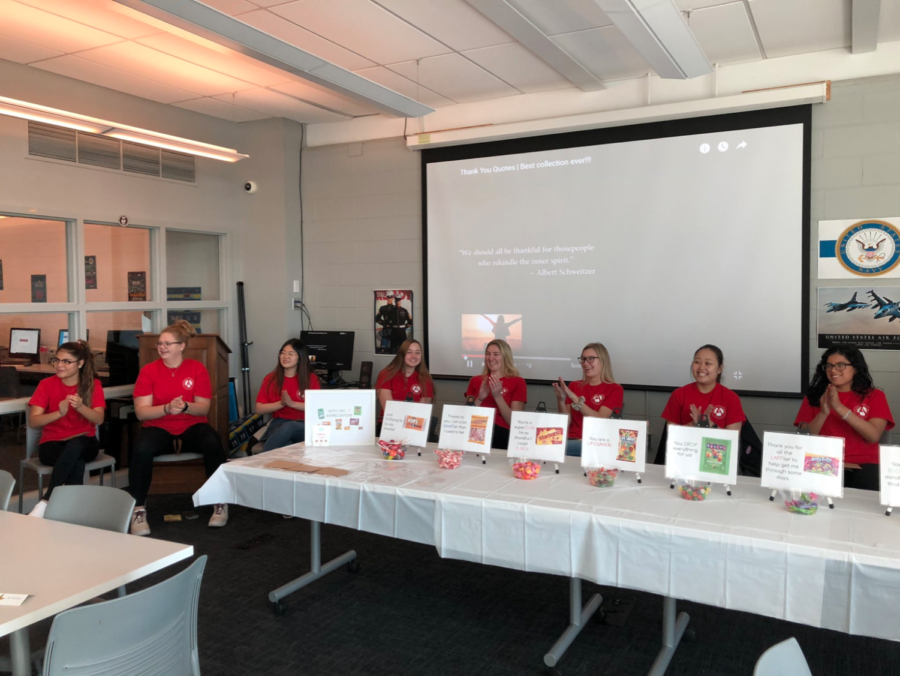 Chick-Fil-A Leadership Academy is in full-force this year and has begun using their time for volunteering and donating items to charity. This is the academy’s third year at Becton and they have already completed two of their service projects.

This school year, roughly 27,500 high school students are participating in the academy and have made it the largest leadership-specific high school program in the nation. The program is present in 1,050 high schools in 40 states and is funded by the Teterboro Chick-Fil-A.

Becton is given $4,000 from Chick-Fil-A to facilitate the program through their Teterboro manager, Ken Walsh, who recently met with one of the program’s advisors, Mrs. De Santis. In their meeting, the manager discussed the mission, “Impact Through Action” and the purpose behind the academy, aiming for students to “give back to the community”. Coca-Cola is also a corporate sponsor of  the program.

According to Chick-Fil-A’s website, 98% of students that graduate from their program continue to serve others. “It’s benefiting students because the theme is gratitude and is reminding students to be grateful for even the small things in life if your grateful and kindness, hopefully teaching kindness will be contagious,” explained Mrs. De Santis. 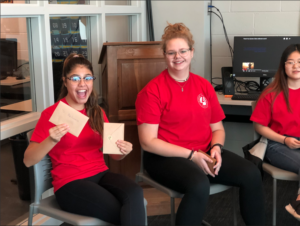 In their first service project, the leaders participated in Operation Gratitude, there they assembled care packages to send to soldiers overseas. These “leader labs” are meetings “where they are guided through an interactive curriculum covering topics like vision, values, servant leadership and features positive stories of impact meant to spark creativity and motivation,” according to Chick-Fil-A’s website.

In their most recent meeting on November 21, the academy donated items to be given to homeless shelters, as well as, listened to a TedTalk called “Want to be happy? Be grateful” by David Steindl-Rast. The TedTalk discussed the importance of being grateful for the little things in life.

In addition, the leaders were able to complete their “Big Thank You” service project. Each leader wrote out two “thank you” cards to unsung heroes within the Becton community, which consisted mostly of administrative staff, teacher aides, substitutes, custodial staff, and cafeteria staff. Included with the “thank you” card was a free meal card to Chick-Fil-A.

“I wrote my “thank you” card to Mrs. Tabaka and Mrs. Trause, I thought it was nice that we were able to give thanks to members of our staff that are often overlooked and taken for granted,” said Senior Martha Kato.

After the “Big Thank You”, the students listened to the story of Michael Diederich, a World War II veteran that just celebrated his 102nd birthday. As a gift, he asked the public to write him 102 birthday cards, instead, he received thousands. Becton added 14 cards to those thousands and even sent him a birthday video done in the TV/Production Studio.

“I liked the idea of the Chick-Fil-A Leadership Academy because it allows me to volunteer and give back, not only to the local communities but nationally and internationally,” said Senior Michael Failla.

The leadership program will continue their volunteering during “Do Good December” as well as, other monthly meetings that will ultimately lead to the end of the year service project, which is the Senior Senior Prom.