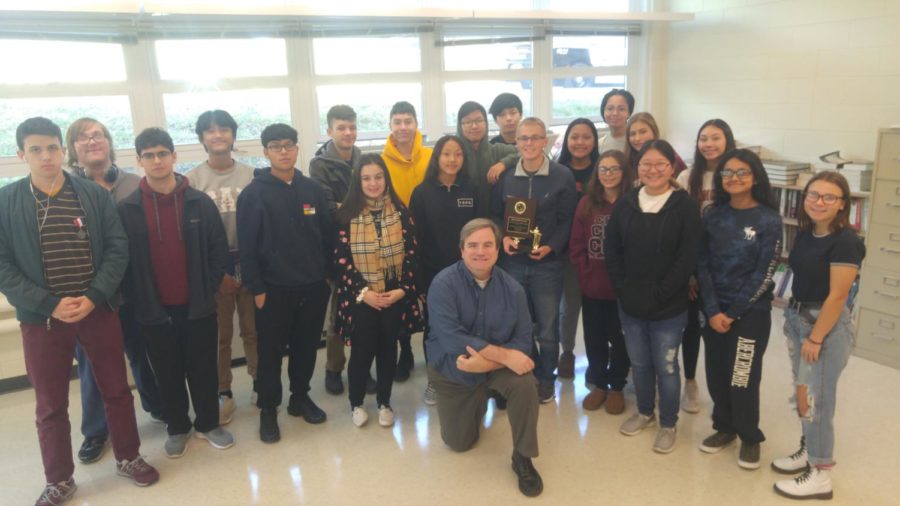 Becton’s “nearly famous” debate team has another amazing season underway, going up against schools including the Bergen Academies, Fort Lee, and River Dell. Debate’s advisor Mr. Carr, who’s been coaching for the past 30 years, expressed “I’m wicked optimistic about our team this season. We are working hard. We have a core of Freshies that will serve as the foundation for our success for a long time to come.”

Some of these Carr-proclaimed, “Freshies”, or freshmen, are truly having a phenomenal season with the team of Lucas Chen and Damon Foster holding four wins so far. The team of Anna Pamula and Tenzin Yaga have three wins under their belt, as do Kyla Groh and Tenzin Woser. Finally, Adriana McClaim and Irene Kim have been working strenuously during their matches and claimed their first wins at the home opener on November 12.

One of the top freshmen, Lucas Chen, describes his first season as “a new experience and something to continue in the future.” One of the debate team’s promising students, Irene Kim, commented that she likes the new experience, adding “I’ve made a lot of new friends even though some are not in the same grade, overall I like it here so far.”

Taking a brief look at our varsity team, Blaze Grabowski and Ewan Lee recently claimed second place at the Bergen Academies tournament November 1, making them the muscle of this team. When spoken to, Grabowski had some inspirational words to say about his feelings about debate: “Debate allows for an interesting balance of information. As either side delegates their point, knowledge becomes more evident, and the mind is fostered.” His partner Ewan Lee furthered this idea with, “The more we debate, the more we learn. Every debate adds to our education and every loss is taken as a learning experience to get better as the season continues.”

This year, the debate team had an incredible addition with the help of former student-debater and current teacher-aide, Ms. Rebecca Sass. When asked about her assistance to the team, Carr stated, “She has brought her energy and debate experience (a member of Becton Debate from 2011 to 2015) to make practices very productive and it is showing with each tournament result.” Ms. Sass’ added guidance has helped Junior Varsity collect 160 wins to 2 losses and Varsity acquire 53 wins.

Mr. Carr also praised the contributions of the 7th and 8th-grade debaters, participating as members of the J.V. team, from Carlstadt Public Schools.  CPS has accounted for three critical early-season wins under the tutelage of six-year adviser, Ms. Garrabrant. “I can’t say enough about the positive contributions of CPS.  Ms. Garrabrant has her students well prepared for competition against students as much as four grade-levels above them,” Carr stated.

Becton’s Debate Team is really having a superb season so far, and with these new freshmen, they expect many more to come. Next on the docket for the Debate Team is a varsity debate at North Bergen and the 26th annual Yale Model Congress in New Haven, Connecticut.