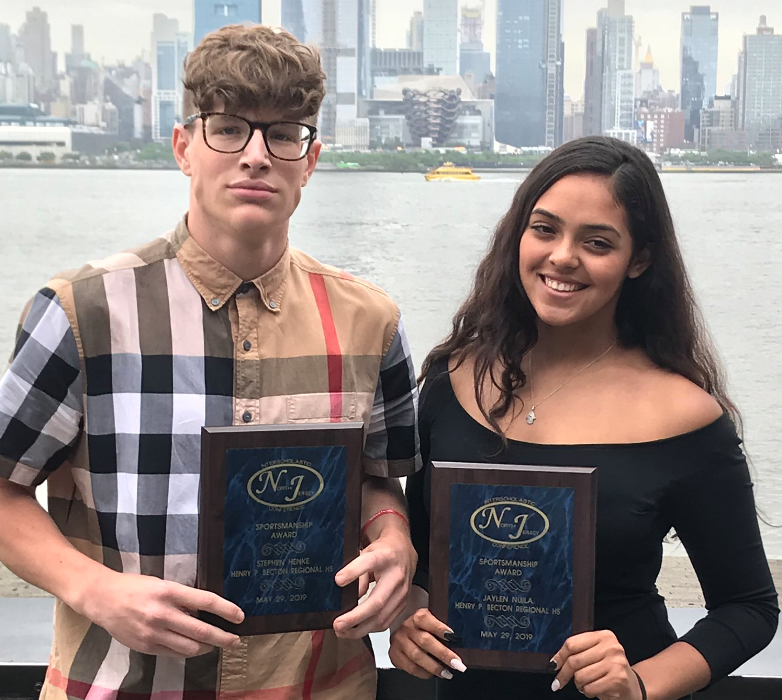 Both Stephen Henke and Jaylen Nuila received their athletic awards at the NJIC Sportsmanship Luncheon on May 29. (Becton Twitter)

Both Stephen Henke and Jaylen Nuila received their athletic awards at the NJIC Sportsmanship Luncheon on May 29. 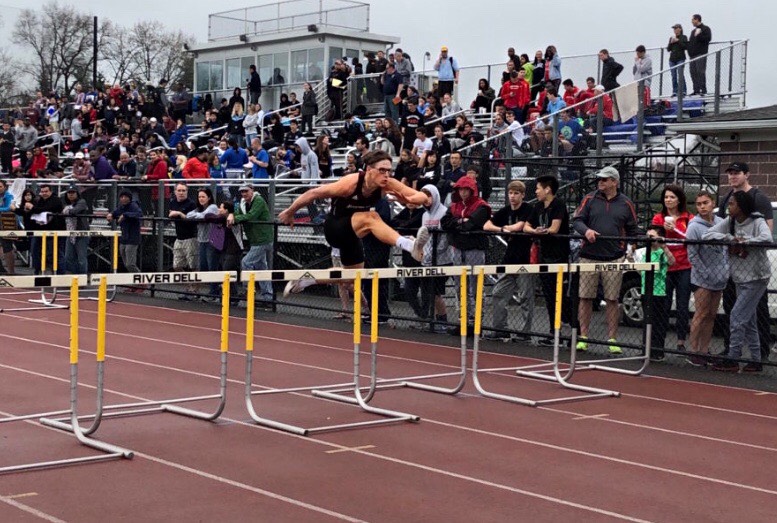 Senior Stephen Henke qualified for the State Meet of Champions this past weekend.

Seniors Stephen Henke and Jaylen Nuila were awarded the New Jersey Interscholastic Conference (NJIC) Sportsmanship Award at the Chart House in Weehawken on May 29.

Student-athletes from various school districts were honored for displaying athletic excellence, as well as sportsmanship. At the award luncheon, the recipients were introduced to their guest speaker, Mr. Steve Kennelly, an author and athletic trainer for the New York Giants.

First and foremost, Stephen Henke expressed his gratitude for qualifying for this accolade. “I am extremely grateful and proud that I was able to receive such an amazing award and also feel very accomplished because it was something that I have wanted for a long time.”

Throughout the track athlete’s four years of competing at Becton, he always believed that his best experiences included building individual bonds with his coaches and teammates, along with competing. Constantly guided by Physical Education Instructor Mr. Settembrino, the senior athlete recognized Mr. Sett as ‘his mentor’ and ‘source of motivation’ and also mentioned that he [Coach Sett] has been able to push him to the best of his abilities. “Coach Sett has been there since the beginning and seen me at my worst,” he stated.

The track hurdler continued to mention that being a successful student-athlete while keeping a good academic status has become one of his proudest achievements. “Overall, I’m proud of how far I’ve come athletically and academically,” he said. 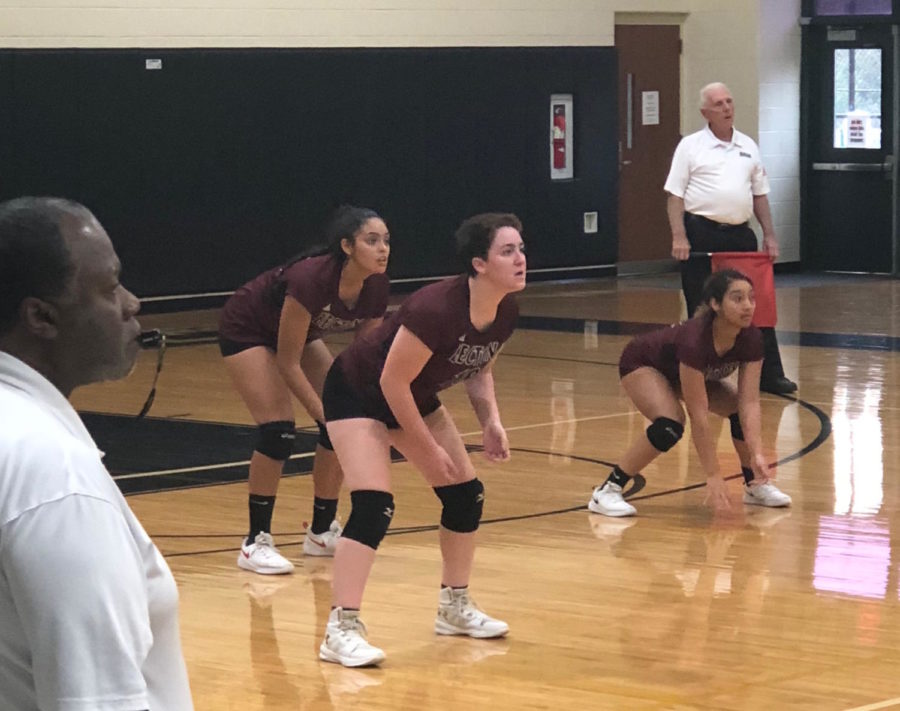 Becton Regional High School multi-varsity sport athlete Jaylen Nuila has participated in volleyball and basketball throughout her entire high school career. Additionally, she was a high jumper for her school’s track team for two years.

Jaylen expressed that “winning games is one of the best feelings.”

Jaylen’s most memorable experiences involve meeting new people and having fun with her team. Her attitude toward school sports has pushed her to become successful. “You have to want to be better in order to do better,” she said.

Winning games is one of the best feelings.”

The Class of 2019 graduate’s desire to make her coaches and teammates proud became her ultimate purpose when setting a good performance whether on the field or on the court. With that exact motivation, Jaylen has driven herself to receive all-state honors for volleyball. “It’s my favorite sport, and I worked really hard to be good for my team. I’m glad the hard work paid off,” she expressed.

The senior athlete will be attending Colorado State University, where she hopes to continue participating in volleyball.

Jaylen identifies herself with USC Volleyball player Victoria Garrick. “She wasn’t always the best, but she worked hard to get where she is now and is highly recruited. Even though I’m not like anyone else, I can work hard to get where I want to be.”